Thunderstorms – How To Behave Correctly 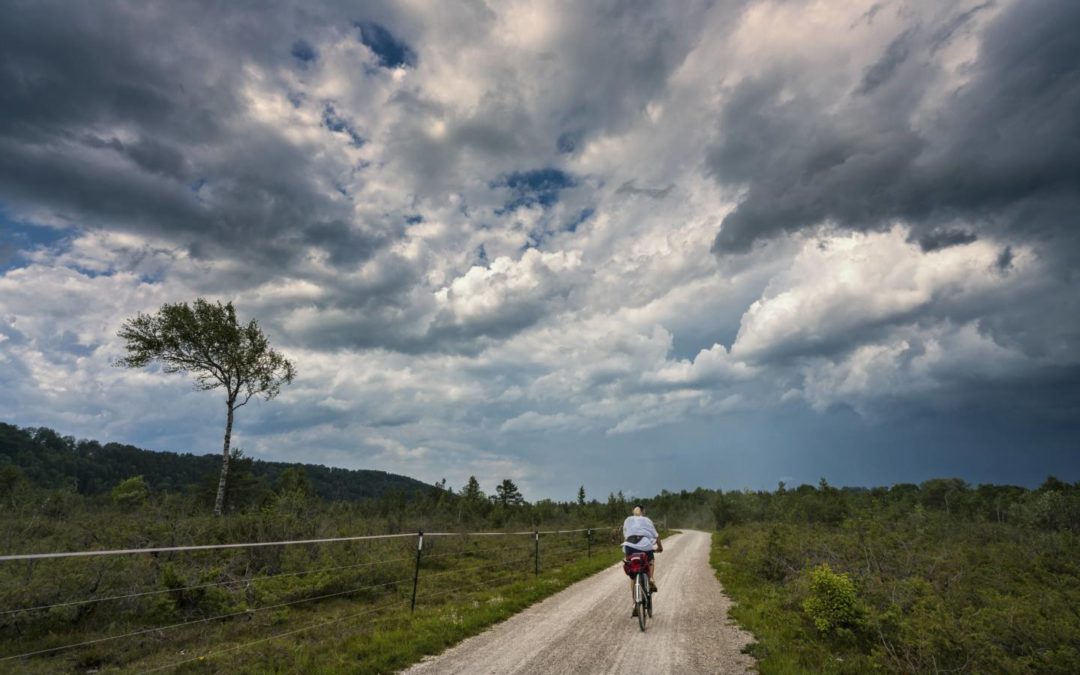 It’s the weekend, you look out of the window, spot the blue sky and instantly just want to do some exercise. In moments like this, there’s nothing better than heading out on your bike – every cycleholic knows that! However, the pleasure of cycling can become dangerous quickly, especially if you haven’t taken a look at the weather forecast or an unexpected thunderstorm draws near – what can you do in these situations?

Although the sun might be shining when you’re leaving the house, you should always take a look at the weather forecast before heading out to be prepared for unexpected weather changes.

Especially during the summer, thunderstorms occur more frequently due to air masses of different temperatures colliding. The greater the heat on ground level, the more intense thunderstorms usually get. Humid air in the summer is often the first sign of an imminent thunderstorm.

The so-called cumulonimbus cloud signals that a thunderstorm may be coming. This cumulus cloud can be recognized by its sharp outlines that dissolve at the cloud’s edges as well as by its cauliflower-shaped appearance. If the thunderstorm is still farther away, the cloud’s top is often brilliantly white and illuminated by the sun.

Heat thunderstorms mostly occur during the summer and stay locally contained over land, if the humidity is high enough and the air pressure distributions are weak. The air that was heated by the sun moves upwards and destabilises the air masses above itself. The cold front thunderstorms which move quickly from West to East are usually accompanied by squalls coming from the West or North-West and are amongst the most intense thunderstorms with lots of lightnings.

It is dangerous to be outside if the distance to a storm cloud amounts to less then 10 kilometres and less than 30 seconds have passed between lightning and a roll of thunder. Lightnings can also occur seemingly out of nowhere even before rain starts to fall.

Tip: Modern heart rate watches or bike computers have built in barometers that can warn you from sudden drops of air pressure and bad weather. 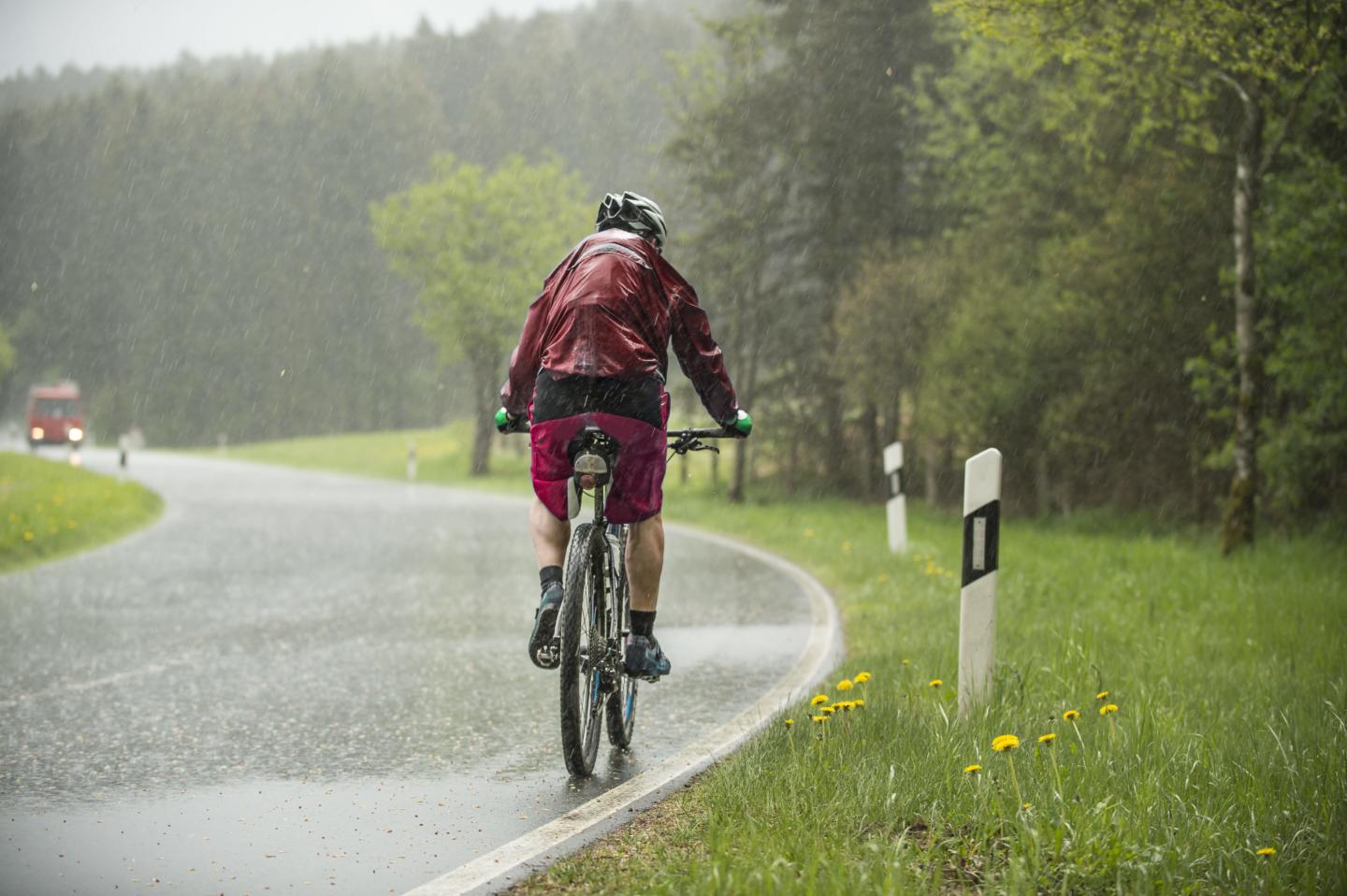 What should you do during thunderstorms?

If you’re inevitably going to get caught in a thunderstorm, you should consider the following aspects to be able to cycle on safely.

Don’t seek shelter under single trees. Lightnings strike the highest points available and if the tree next to you is struck, the voltage can move onto you from the trunk. Remove metal objects from your body – albeit they don’t attract lightnings, they conduct electricity very well and can cause burns. Furthermore, don’t lie down on the ground but squat instead. Soil also conducts electricity well, so crouching down with your legs close together is a better choice.

Keep your distance to other people and make sure not to run away but to walk slowly or to skip. The bigger the gap between your legs, the greater the voltage difference between them becomes, making it easier for electricity to flow through your body. Ideally, look for shelter in a building or get in the car where you are relatively safe. Other easy places to seek shelter are big bridges or forests with many trees, as long as you stay at least 2 metres away from any tree.

In general, you should always bring a rain cover on longer bike trips. A light rain jacket fits into every tricot and keeps you from getting wet. On longer trips, rain gear including rain trousers, a reflective jacket and even some water protection for your helmet is recommended.

If you need to take shelter, a rain poncho is ideal as it protects your whole body from the rain (especially in a squatting position). Furthermore, in contrast to an umbrella, it isn’t a potential point of impact for lightnings.

🚲 Take a look at the weather forecast before leaving the house

🚲 Humid air, low-flying insects and cumulonimbus clouds are the first signs of a thunderstorm

🚲 If thunder and lightning are less than 30 seconds apart, seek shelter

🚲 During the thunderstorm, step away from your bike and avoid groups of people

🚲 For safety, get into a squatting position in the lowest spot in the area around you

Which experiences have you had with thunderstorms during cycling thus far? ⛈