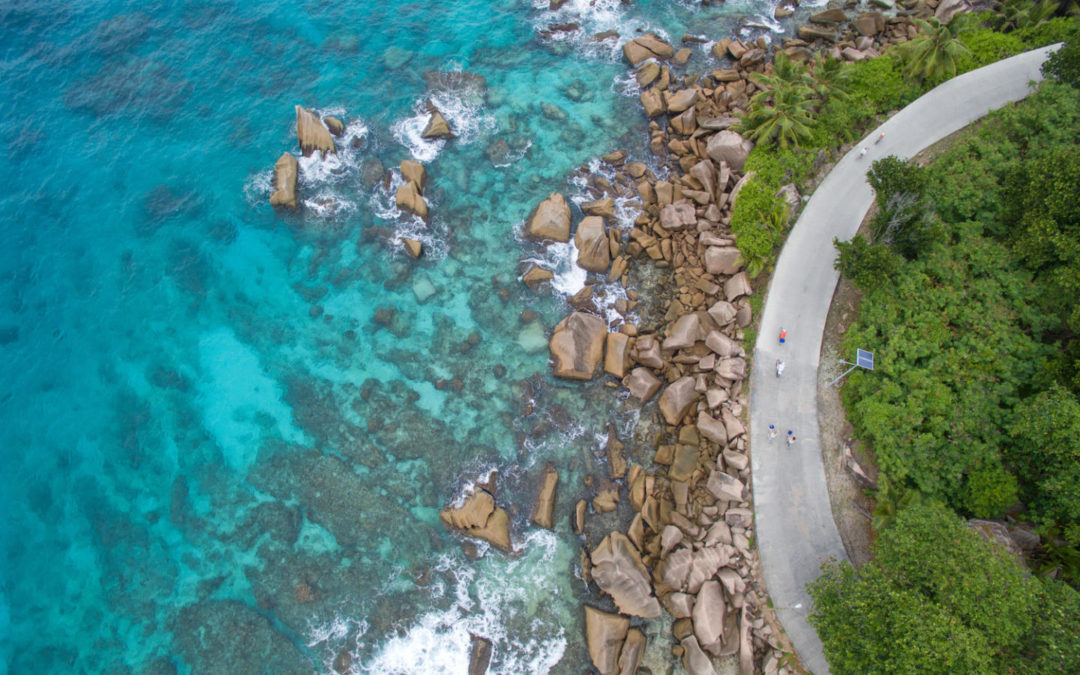 Bikemap was created by passionate cyclists with the goal of sharing awesome routes with cyclists around the world. Until today, the Bikemap community has created over 4.5M unique routes in over 100 countries adding up to more than 410M route kilometers, which makes it the largest community-based cycling route collection in the world. Today you can find cycle routes in nearly every place. This makes it easier than ever to lose track of time while blissfully browsing through the huge selection of gorgeous cycle paths and inspiringly diverse destinations. To celebrate the milestone of 4.5M routes, we have compiled the 10 most beautiful routes on Bikemap for you! 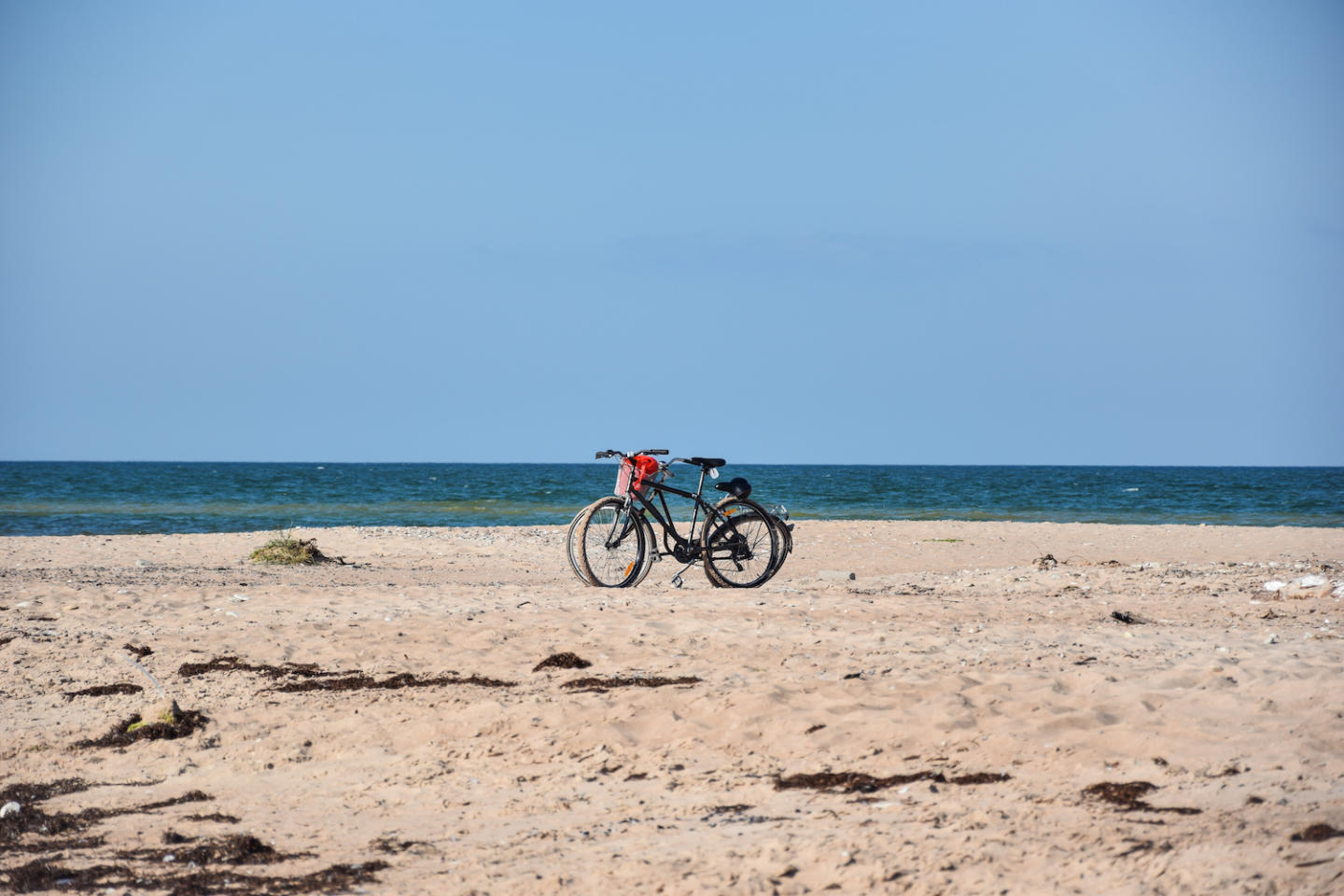 Explore two of the beautiful green Baltic states, Estonia and Latvia, where half the landmass consists of natural ecosystems that humans have barely or not at all interfered with. In Latvia, you can gain an insight in the region’s Soviet history and pay a visit to several relicts from the Cold War. Thanks to the country’s sparse population, undisturbed bike tours are guaranteed. Estonia, too, is a biker’s paradise where enthusiastic cyclists can watch the sun rise over swamps and enjoy solitude on rides through the forest and listen to tweeting birds in the early morning. The country can be crossed within a few days, but one can also ride on the bike trails along the coast and enjoy the view of the sea. 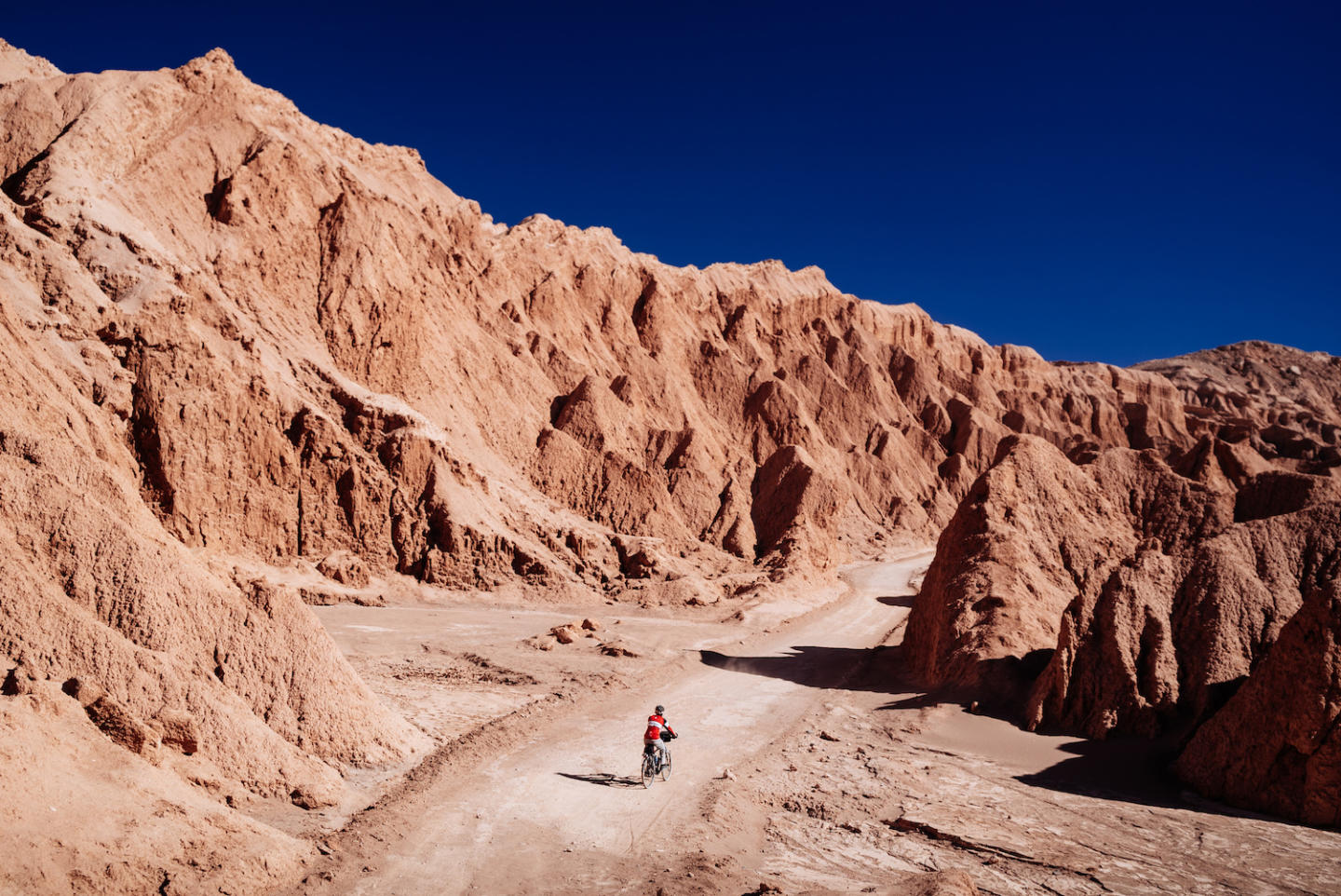 Chile offers cyclists a huge number of bike routes: Cycling along the coast while enjoying the view of the sea or undertaking a steep bike tour in the Andes and feeling the thrill of being close to an active volcano are only some of the possibilities offered to an enthusiastic cyclist in Chile. Next to steep mountains and colourful cities, there’s also the Atacama desert in Chile, one of the driest deserts in the world, which’s landscape has a surreal beauty to itself. 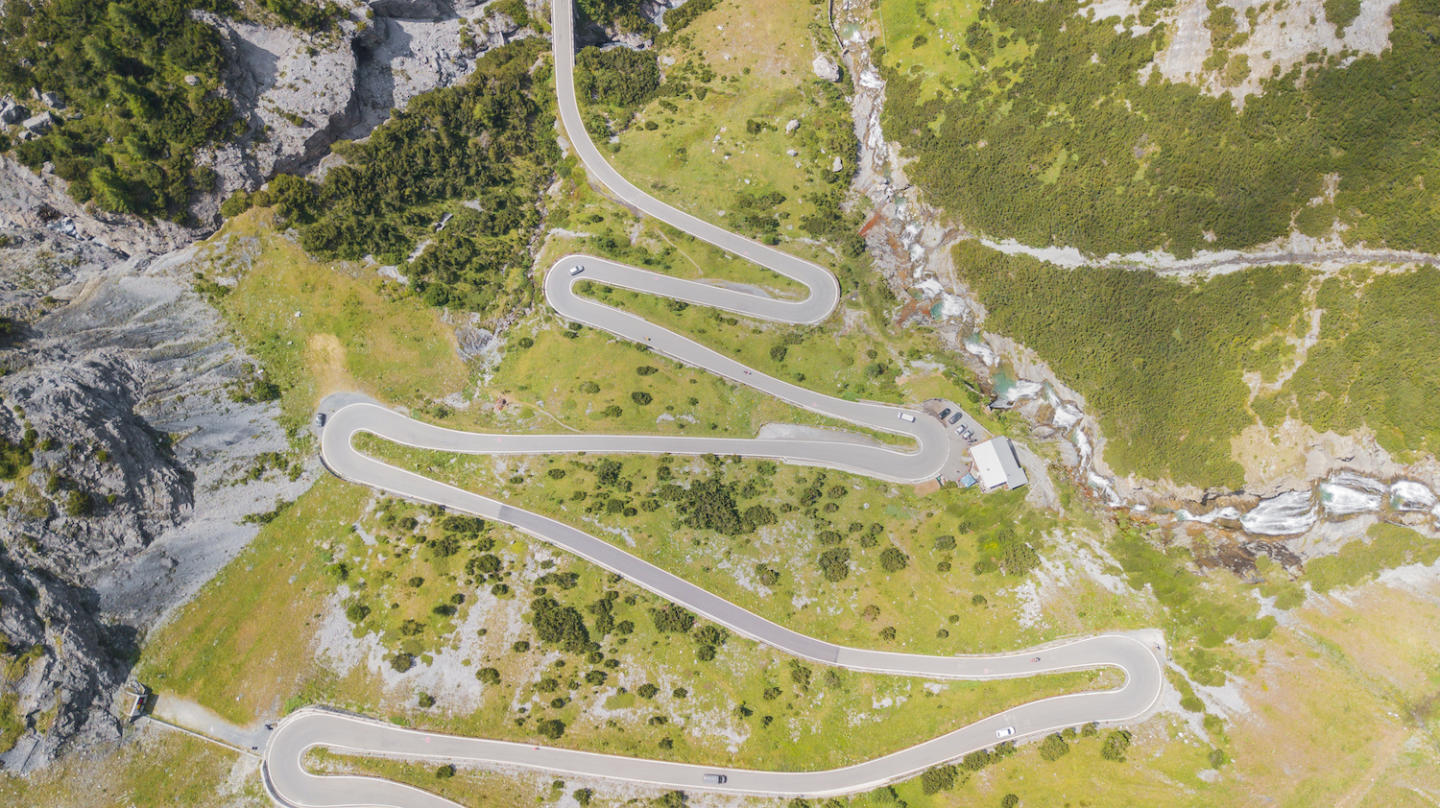 This route is by Bikemap user Lorenzo, who conquered Passo dello Stelvio. On all three sides, the two Italian and the Swiss, the pass is closed during the entire winter period (winter closure) and beyond between October and May. The Stelvio is a popular destination for cyclists and motorcyclists. 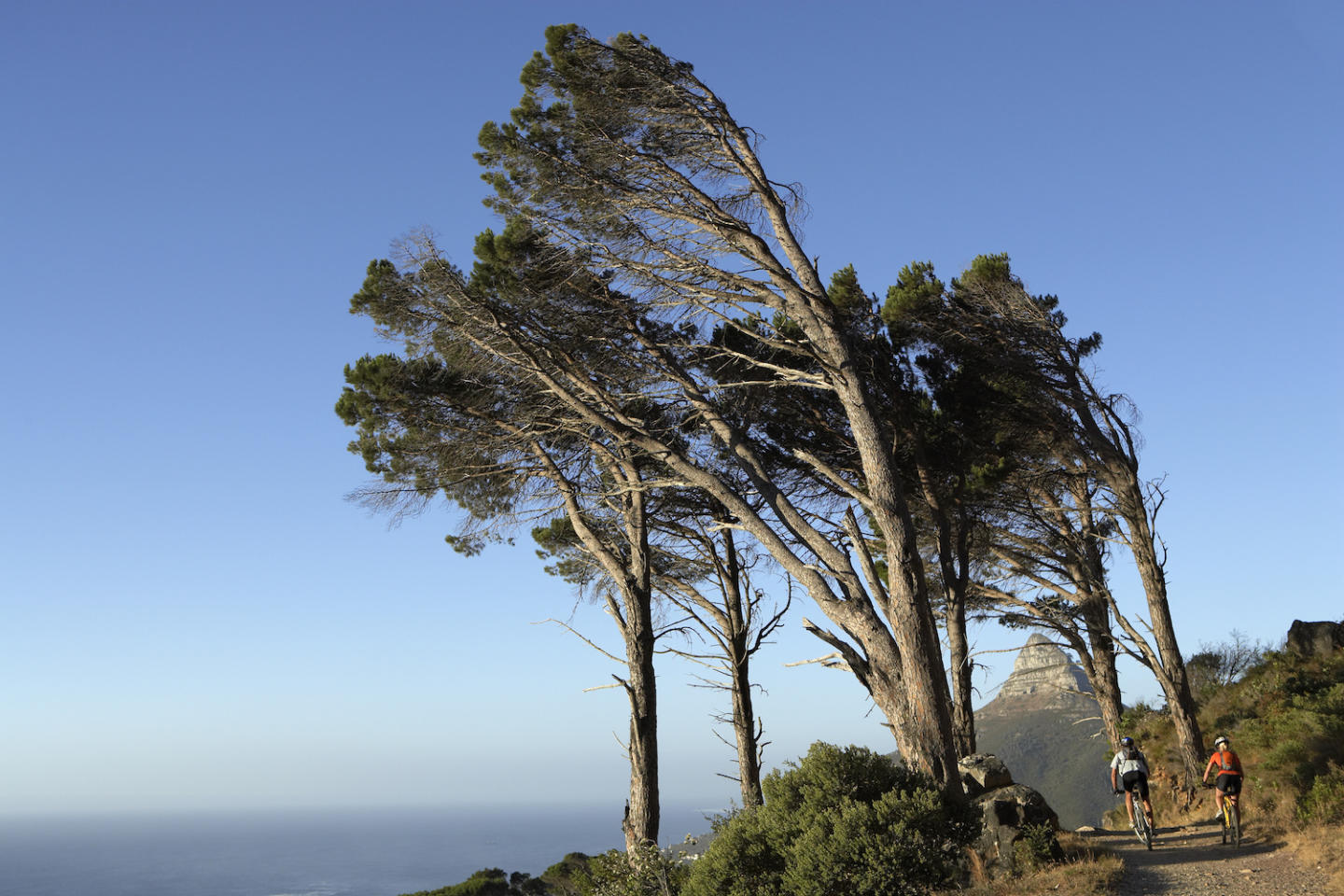 While on tour in South Africa, you can encounter baboons, snakes, birds and antelopes while enjoying riding on wide shoulders as most roads are paved and in excellent condition. Due to the country’s size, the weather conditions depend on the region you’re visiting, making year-round travel possible. Mountain bike fans can take on some great tours around Cape Town or Johannesburg, for example in Mpumalanga, a South African province which’s name means “the place where the sun rises”. 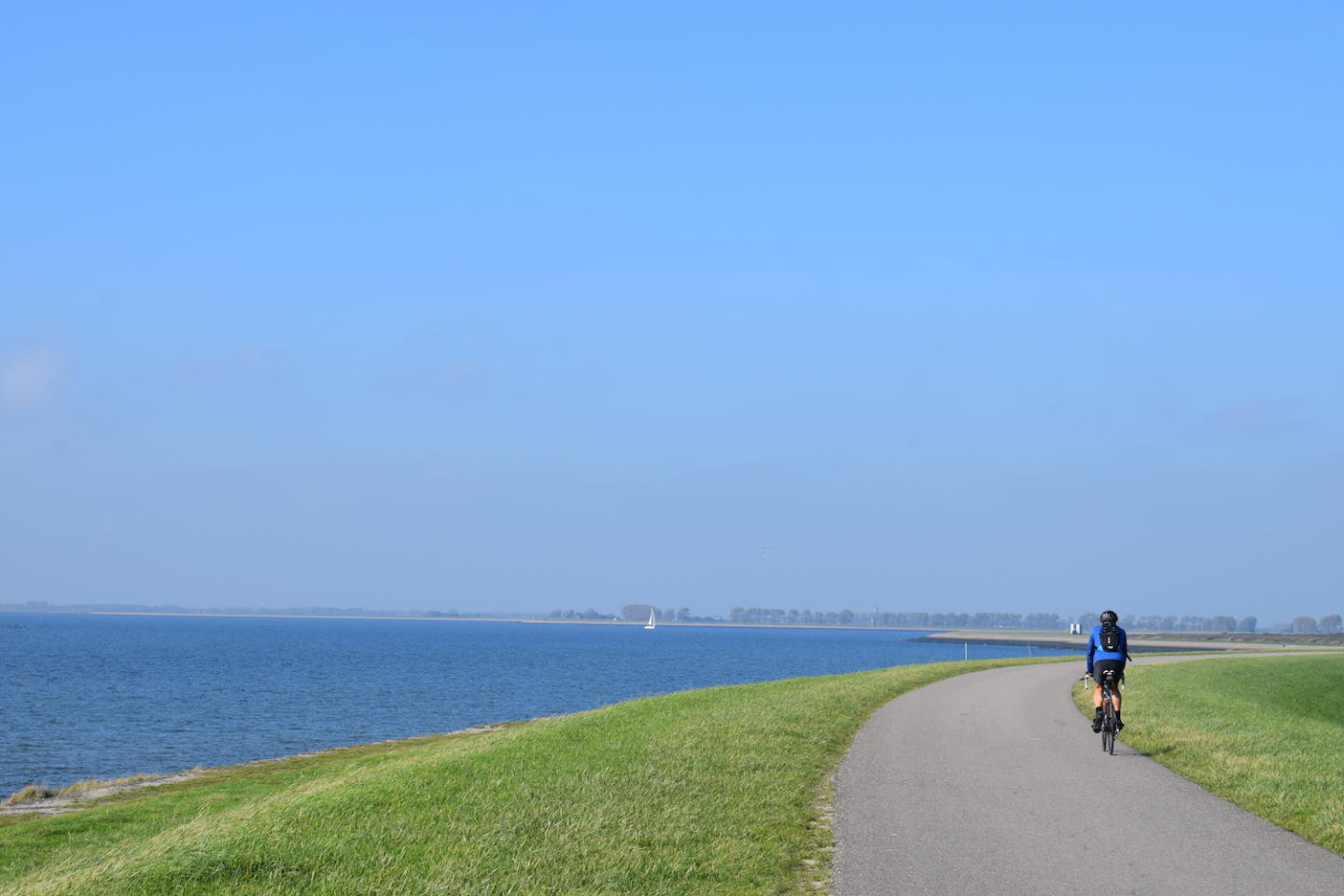 The Netherlands has the reputation of being a cyclist’s dream land. There’s likely no place in the world where cycling is as popular as in here. The flat terrain, the mild climate, the short distances and excellent infrastructure make the country the ultimate cyclist’s destination. An over 32.000 kilometre-long, magnificently developed cycling network extends past scenic tulip fields and iconic windmills. Whether along the North Sea coast, in the lively metropolis Amsterdam or in the green inland areas, in the Netherlands, the bike is a perfect companion.

The world’s second largest country isn’t stingy with scenic highlights. Mountains reaching to the sky, glimmering glaciers, spectral rain forests and remote beaches extend over six different time zones. In Canada, train tracks become paths, some of the formerly most important supply routes through Canada was decommissioned and converted into natural paths like the famous Canada Trail. Canada’s remote North and huge forests are waiting to be discovered by you! 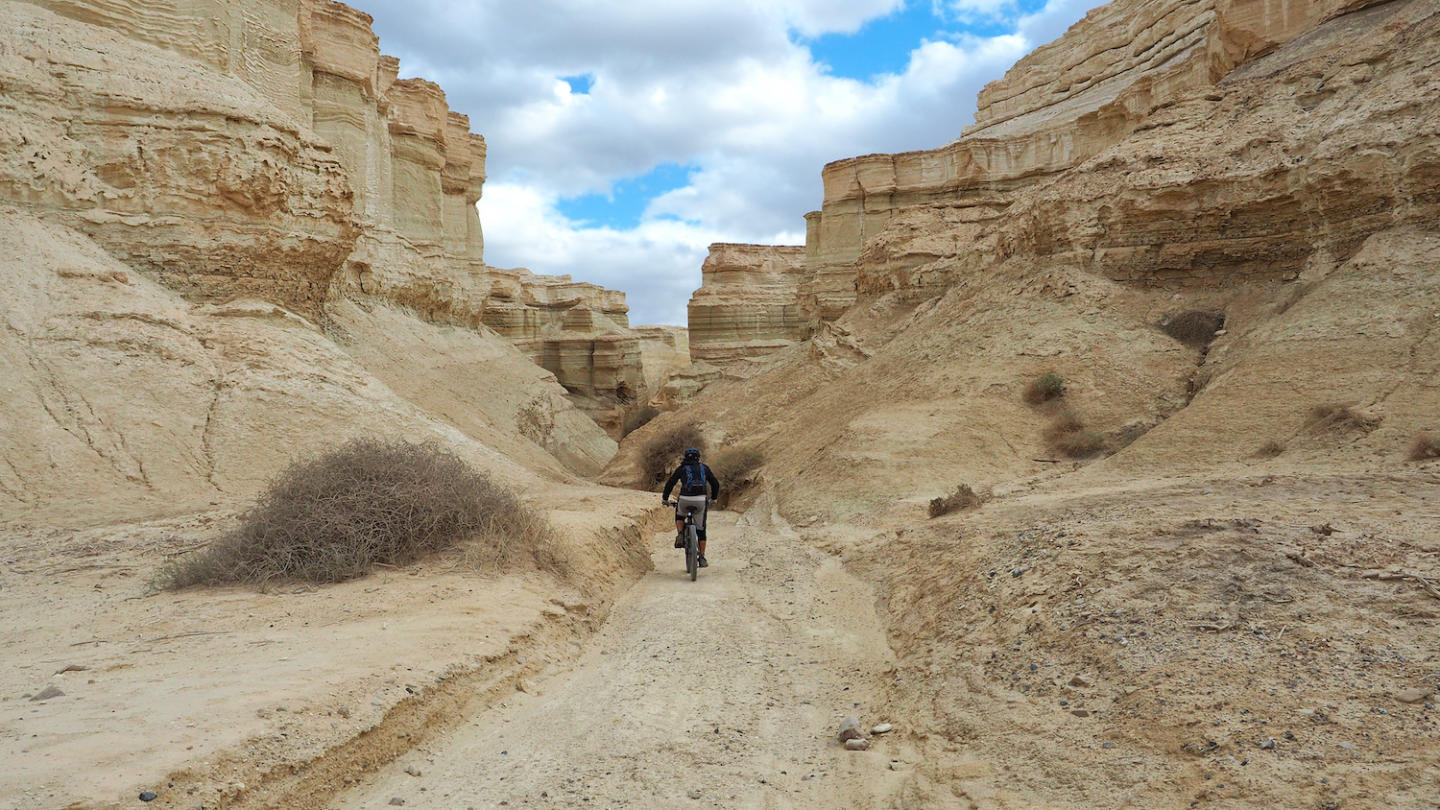 Many beautiful bike routes lead through Israel, and cyclists can bike past green forests in the North and through dry deserts in the South. Many historical and religious sites as well as big cities like Jerusalem and Tel Aviv can be visited. Thanks to Israel’s geographic location, it is possible to connect culture and nature while enjoying pleasant temperatures while having the ultimate cycling experience. The scenic route round the Sea of Galilee will impress you with breathtaking views and gorgeous scenery. 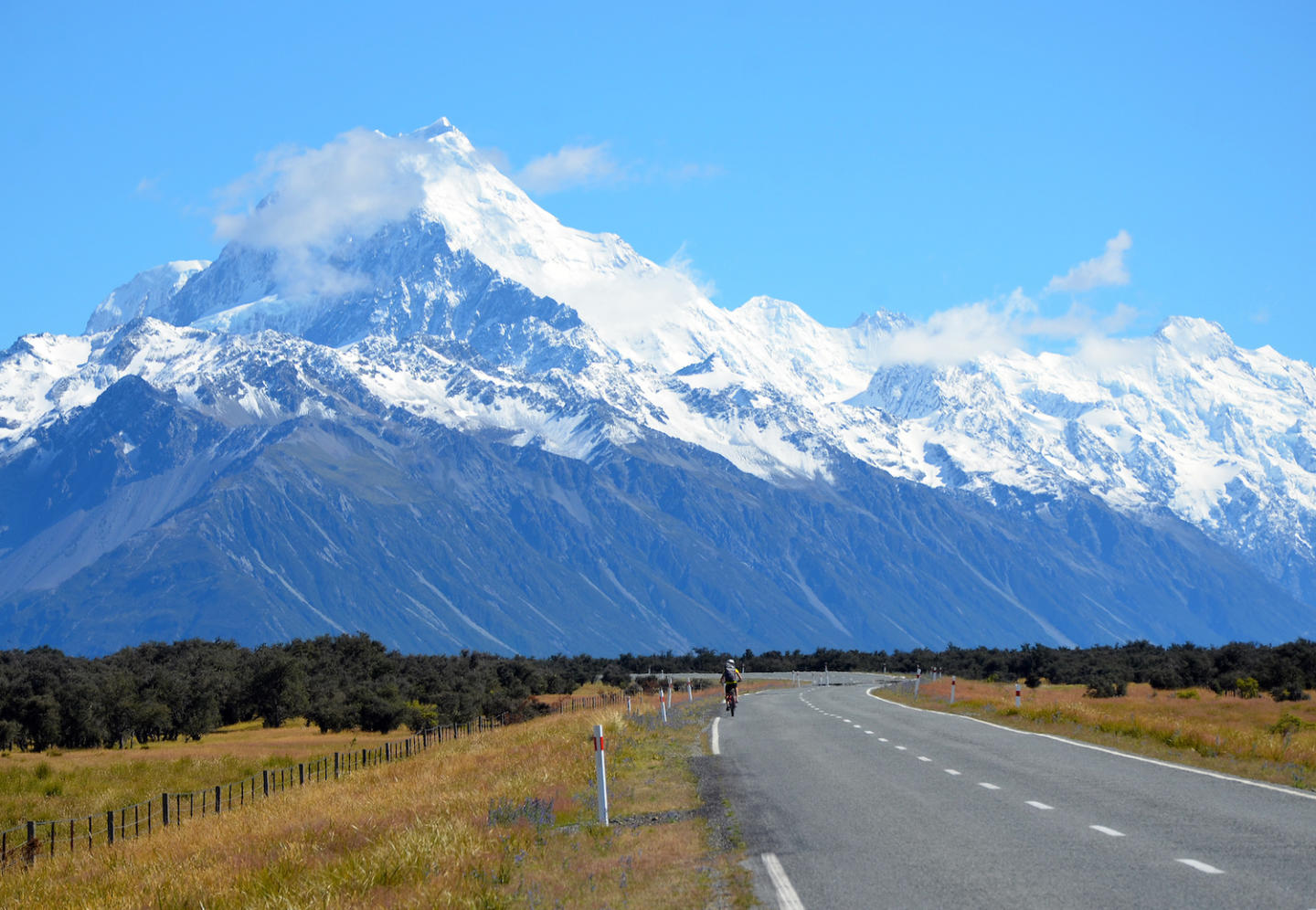 New Zealand has become a more and more popular destination over the past years, which is not surprising given its stunning scenery and local attractions. In the country of Kiwis, you will find amazing cycle routes, enjoy scenic routes, unspoilt nature and gain fresh experiences. Auckland in particular is an amazing place for cycling as the city offers the perfect mixture of urban bike paths, a relaxed atmosphere at the waterfront and hilly views over the city. 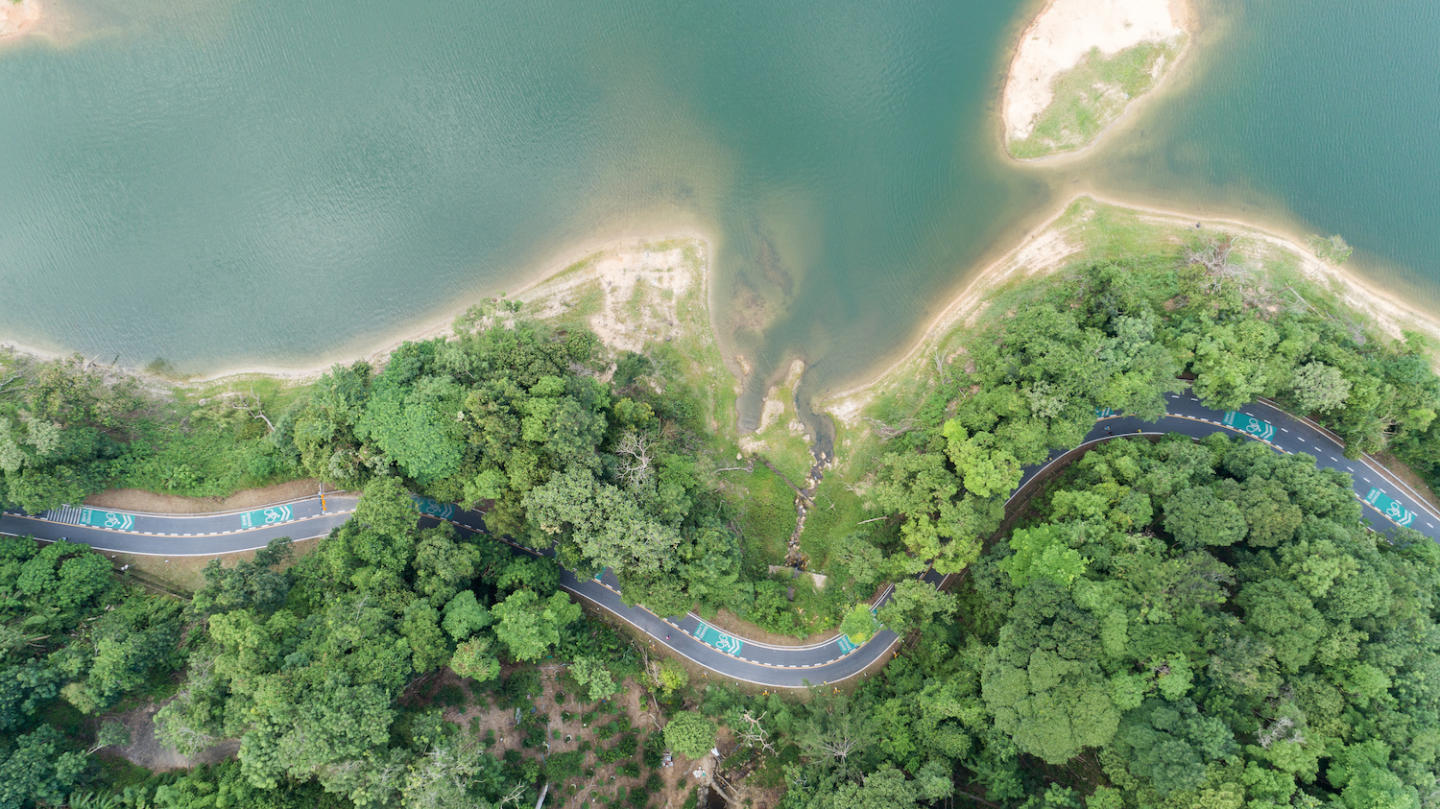 The best times for cycling in Thailand are November and February, but December and January are also well suitable, however, in the North, it will be quite cold in the mornings and evenings. There’s a good road network and people drive on the left side. There are only few designated cycling trails, but as cycling gains popularity in Thailand, more cycling trails are constructed. 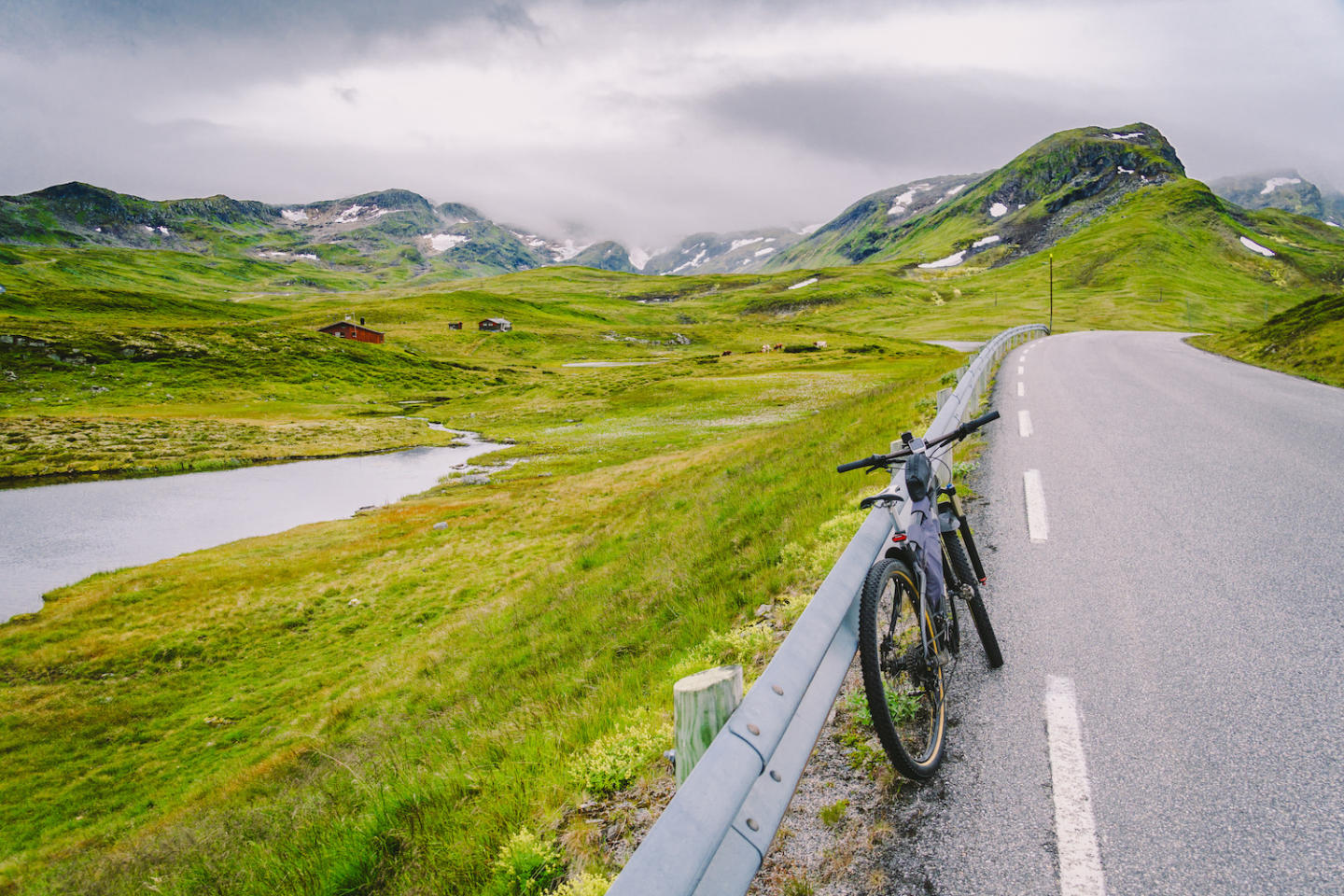 Scandinavia, consisting of Denmark, Sweden, Norway and Finland, is a region where lush, huge forests cover half of the landscape and thousands of lakes are spread over the land. High up North, you can watch the northern lights that shine on the sky on more than 200 days per year. Nevertheless, night can become day as the sun doesn’t set at the end of June / begin of July north of the polar circle. The rough, sometimes lonely landscapes offers cyclists amazing opportunities to get to know the green continent’s untouched nature.

What is the most beautiful route you discovered on Bikemap?