Rusty Bike – What To Do? 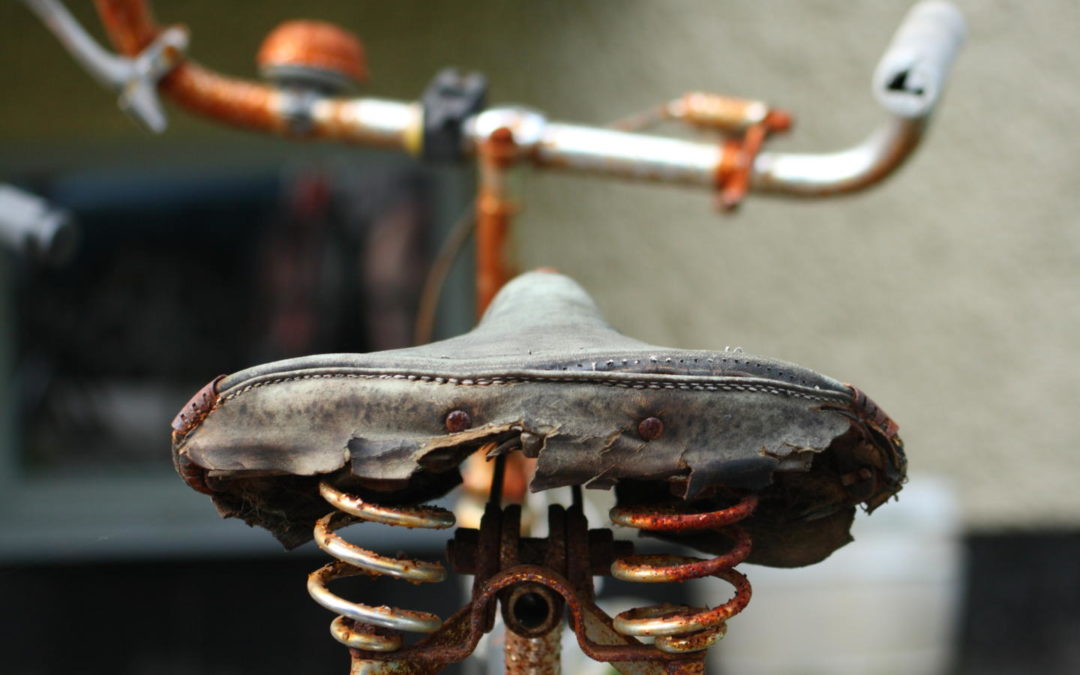 Do you have the feeling that your bike isn’t running as smoothly and that pedaling has become twice as hard since the winter has ended? One possible reason might be that you haven’t lost the holiday pounds – or your bike isn’t up to speed. Especially screws, spokes and bike chain could be affected by rust after the cold season, so you should pay special attention to these parts to make sure your bike is running smoothly.

How is rust formed?

Rust is created through the oxidation process that occurs when iron is disintegrated by humidity and air. If the humidity is very low, the probability of rust developing is decreased. Salt accelerates the rusting process.

Tip: When you’re cycling close to the sea, you should pay special attention to cleaning your bike thoroughly. 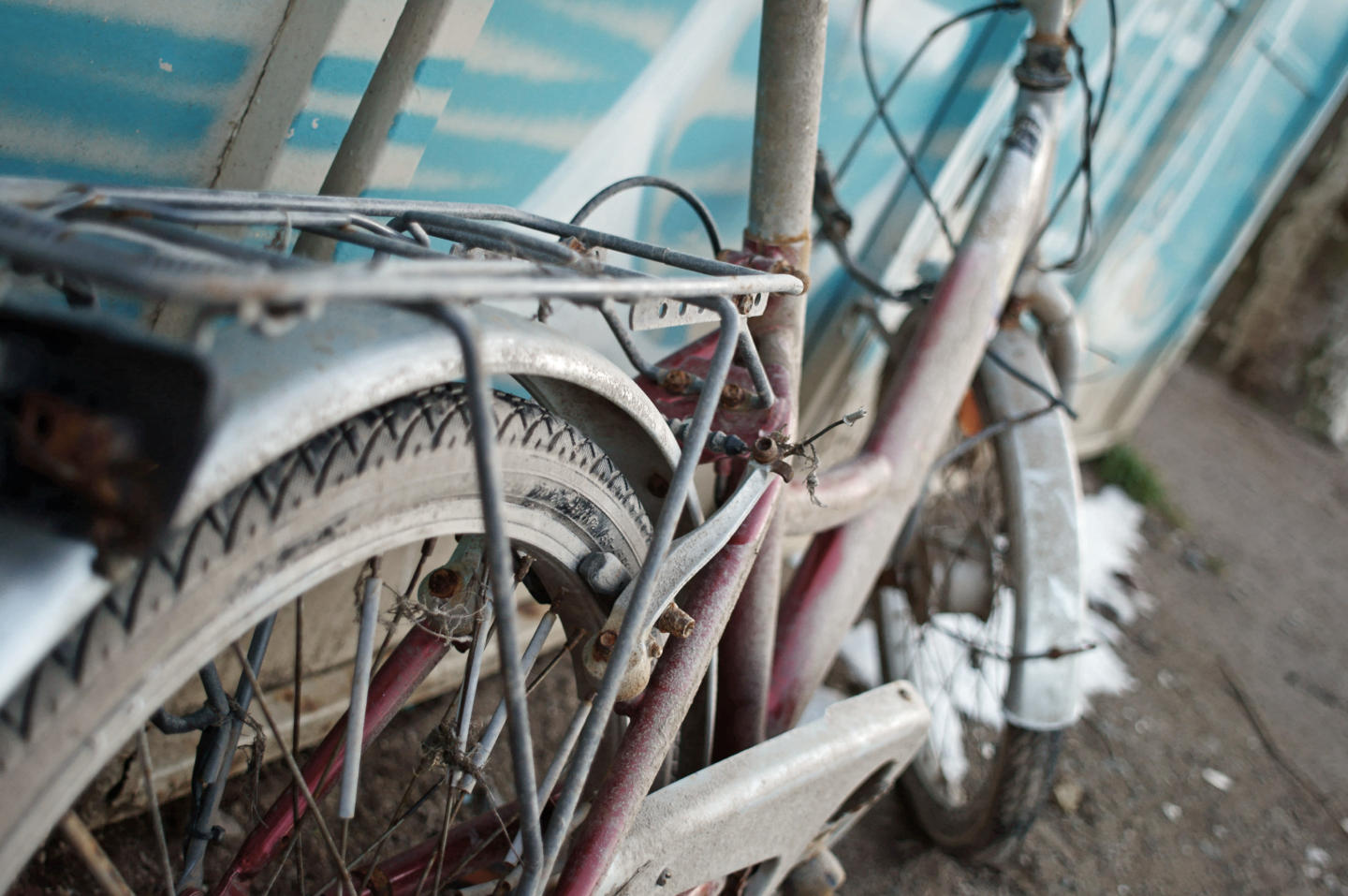 Yes, they also exist for bikes – the magic product is called coca cola. Small, rusty parts can be soaked in coke over night. The acid dissolves the rust, however, it also makes the parts rigid. Thus, they should be greased afterwards. If the rust has already deepened, you should rub the affected parts with some sand paper before letting them soak.

Tip: If you have no faith in coke, you can also use phosphoric acid, which you can get at the hardware store. Tartaric acid or citric acid also work well.

The chain rusts if it isn’t sufficiently greased and maintained. This is where the limitation this causes is the most noticeable as pedaling becomes harder. If the chain has been left to rust for a longer period of time, soaking it in petrol or oxalic acid and brushing it off afterwards works wonders. If the chain has deteriorated into a state of total rust, swapping it for a new chain is recommended. Using appropriate tools, the sprockets are easily removed and can be treated with the same tricks you used for the chain.

Tip: Having undertaken a basic chain clean, you should grease the chain with chain grease to prevent new rust from forming. Use the chain grease regularly to keep the bike chain in a good shape. 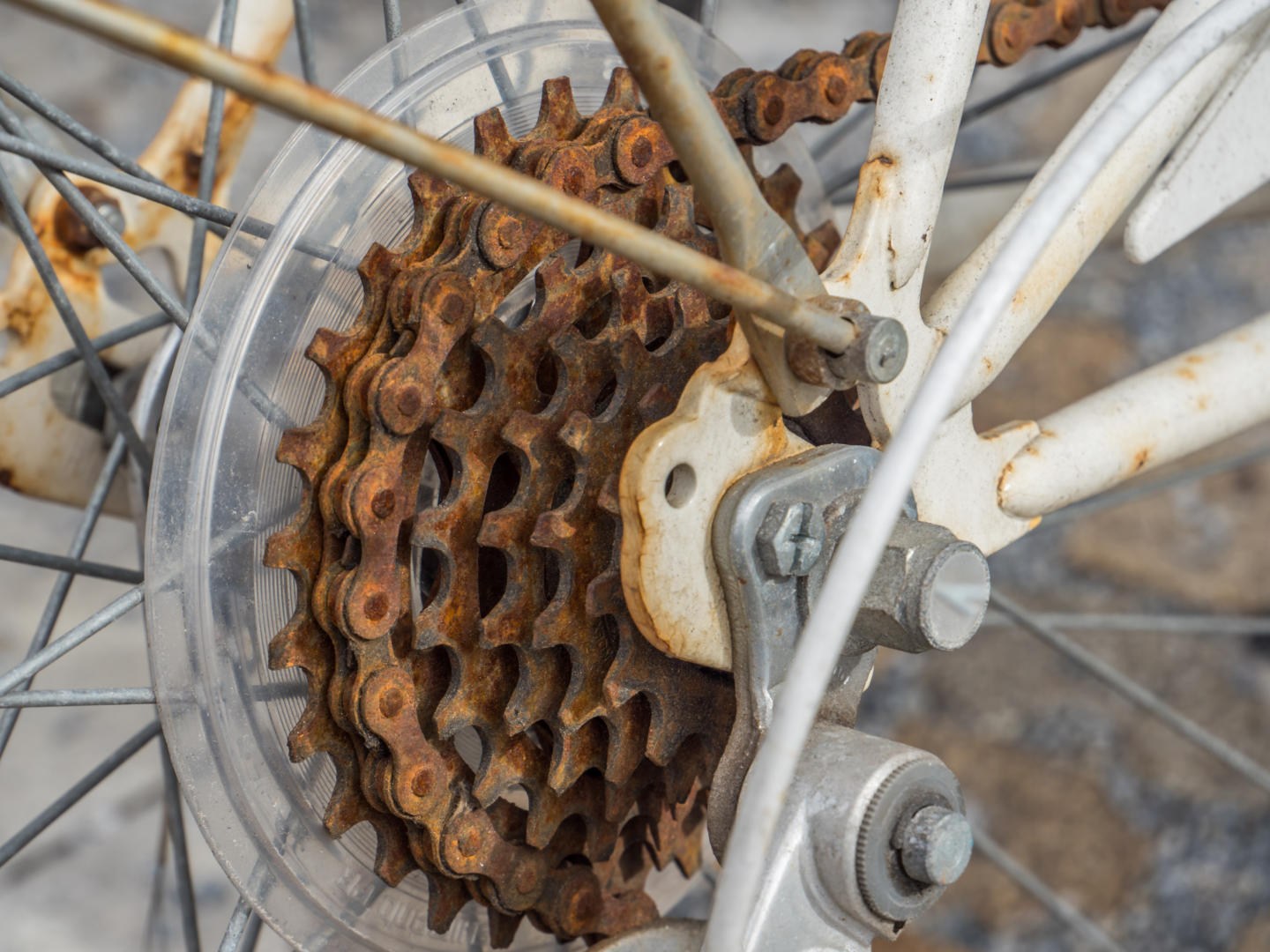 When in doubt, you should always exchange rusty screws as they might not be strong enough to hold everything together and break into two parts. If the screws are only slightly rusty, you can treat them with coke and cover them with a protective layer of oil.

Special vaseline helps you protect your bike from moisture

Damaged paint should always be restored to avoid rusty spots

Clean, clean, clean – wipe off your bike with a dry towel after a wet bike trip to prevent rust

Do you have more advice on how to deal with a rusty bike?